Toka had a blast at the CPE agility trials in which we ran 4 classes this past weekend.  Results:  three Q’s, his Standard Level 1 title and one spectacular fail.   It was another great trial hosted by the Ithaca Dog Training Club at Paws for Thought Farm in Groton, NY.

An important take away for me this weekend is that Toka simply loves agility.  As we waited outside the gate before entering, he was pawing pawing at it, eager and happy to get in.  Now I need to figure out how to channel that enthusiasm and work him from a distance.

In the Level 1 Jackpot class, he broke his start-line stay.  As I removed his collar, I saw his expression change in a nano-second from ‘Yay! Fun! Agility!’ to ‘Whoa!  I’m off-leash! Yeehaw!’  He was off in a flash on the ‘yeehaw!’

He really enjoyed himself.  Jumping, tunneling, running.  In Full House, each obstacle counts for points, so the judge laughingly called out the number he’d accrued for each one.  As I watched him all I could think was ‘wow, is this really self-reinforcing for him! Rats!’

At least he got his zoomies out.  The judge, Jeff Boyer, is popular because he makes his trials super fun. One of the ways he does so is by having funny awards.  I put Toka in for the SPLAT award.

I submitted a little poem:

Oh, my funny teenaged boy:  Really, he can be such a joy; Today he ran crazy and free; When obedient I needed him to be; I love my dog, really I do; We did not qualify.  Oh, poo!

I gave us 100 points of the schedule listed.  10 for a knocked bar, 30 for breaking the start-line stay, 30 for his zoomies, and 30 for the creativity he showed by creating his own course on the spot.

Yesterday at nose work practice, a friend told me we’d won!  Score!  At least we earned something for the NQ.

Here’s our haul from the day.  Love the comment from Jeff on the SPLAT certificate. 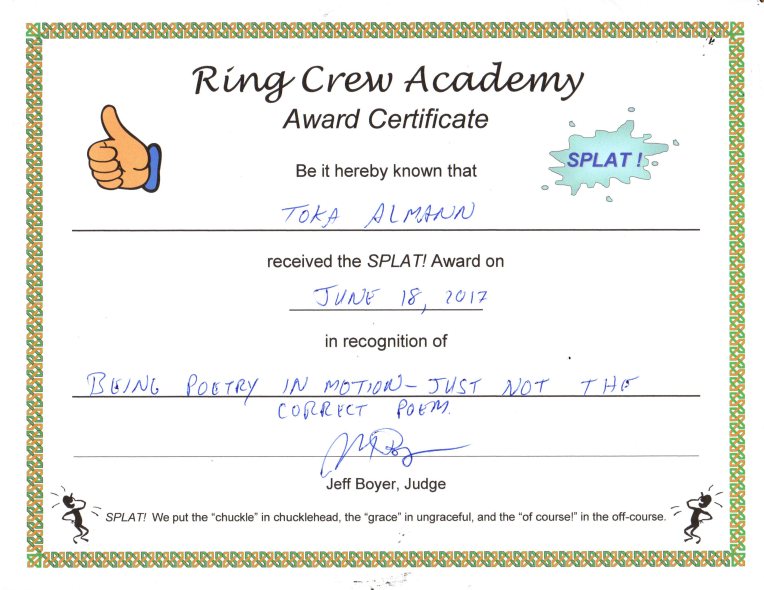 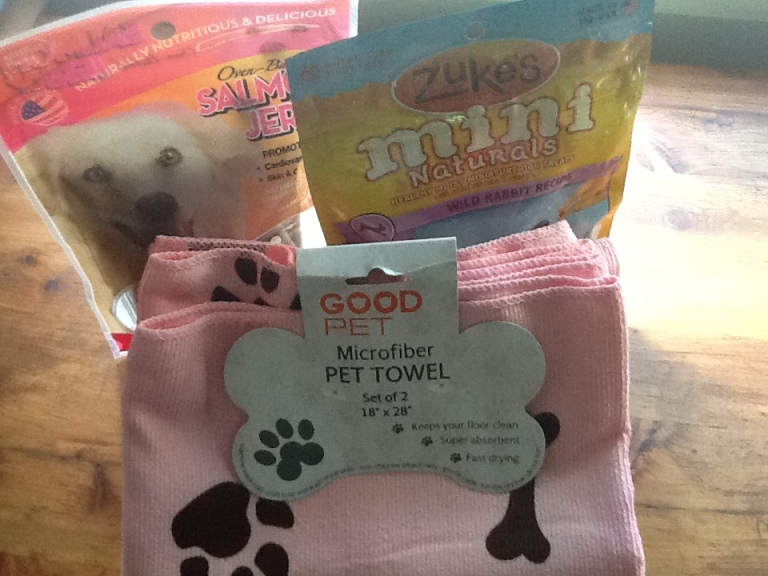 2 thoughts on “SPLAT! AKA “Loose Cannon””